“In the current ongoing media focus on sugar, food groups of all types have been pulled into the spotlight in the quest to expose what appear to be healthy choices as ‘ones to watch’. One food recently brought into this debate is bread, which in my view seems difficult to justify. 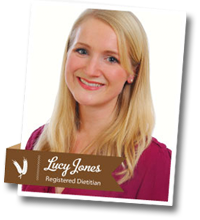 As a dietitian, I have concerns that staples of the British diet, such as bread are having their role in a healthy diet questioned.

Despite the varying media reports, in truth, most sliced bread in the UK contains only 2-4% sugars – and much of this is naturally occurring, it is not ‘added’.

The sugar content typically arises from sugars naturally present in flour (approx. 1.4-2.1g per 100g), with the remainder produced through the action of yeast during the fermentation process.

The Glycaemic Index was also discussed in some media reports. The GI of bread varies with type – typically mixed grain breads that include wholegrains have a lower GI than either wholemeal or white bread.

This is because they take longer to be broken down and digested, resulting in a slower glucose release.

However, bread is seldom eaten on its own, and therefore the glycaemic load is different when it is combined with other foods.

It is therefore possible to include even higher GI breads such as wholemeal or white and still regulate glucose release into the bloodstream.

Combining bread with high protein, fibre or fat options, like butter / margarine based spread, hummus, nut butters, cheese or baked beans can reduce the glycaemic load of that meal.

There are some breads in the UK which have a little added sugar as part of their ingredients to enhance flavour.

I often call for a more holistic view of a food in terms of overall nutrient gains rather than simply considering how many sugar, carbohydrate or fat grams there are and bread is one such food where this is needed.

Bread alone provides 10% of the daily intake of protein, fibre, calcium, iron and other essential nutrients and is the base of many healthy balanced meals in the UK.

Without it, the UK diet could potentially suffer and it is important to not forget which staple foods in our everyday diets are really pulling their nutritional weight.

There are a great variety of breads to suit different consumer needs or tastes and by encouraging everyone to be label smart when food shopping, bread can most definitely stay in our trolleys.” 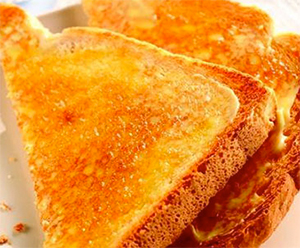