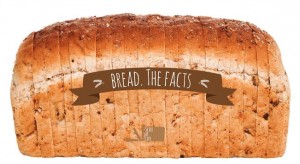 Other, published, research on bread and bloating include this earlier report, also by the BNF: Does-bread-cause-bloating