If you’ve had an epic baking fail – don’t worry – let Paul Hollywood explain what went wrong and show you how to fix it so next time you bake the perfect loaf.

Want to know why?

Come and explore the most common reasons for a baking fail.

The crust has broken away from the loaf 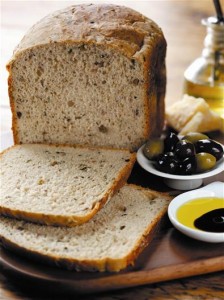 If the bread has a ‘flying top’ where the top crust breaks away from the loaf then you have most likely under proved it.

Do not leave your dough uncovered when proving as it can cause the dough to develop a crust.

The crust has split at the side of the loaf

My loaf has a flat top

If the loaf has a flat top then you may have used flour which is too weak. Always use strong bread making flour. Other potential reasons for this problem could be that too little salt was used, the dough was too wet or that the dough was poorly shaped.

The surface cracked after I took it out from the oven

If the crust surface cracks after removal from the oven then you could have over-proved the dough, the oven could have been too hot or the bread could have cooled in a draft.

The dough collapsed when I put it in the oven

If the dough collapses when you put it into the oven then it is likely that the dough was over-proved.

My bread is like a brick – it has a dense, heavy texture

If the bread has a heavy, close texture and hasn’t risen very well then there are a number of reasons for this. The flour could have too low a protein content, there could be too much salt in the bread recipe, you did not knead it or leave it to prove for long enough or you could have killed the yeast by leaving the dough to rise in a place that was too hot.

My bread has a course, open texture

If the bread has a coarse, open texture then the dough could have been too wet, over-proved or the oven temperature was not high enough.

My bread is holey

If the bread has an uneven texture with large holes then the dough might not have been knocked back properly ,which could potentially leave  large air bubbles, or the dough could have been left uncovered during rising.

My bread tastes sour and yeasty

If your bread has a sour, yeasty flavour and smells of alcohol then you have either used too much yeast.or you may have use stale yeast or creamed  fresh yeast with sugar.

If your bread stales quickly and is crumbly then you may have used too much yeast, the flour may not have the correct protein content or the length of time that you left the dough to prove for was either too long or too short.