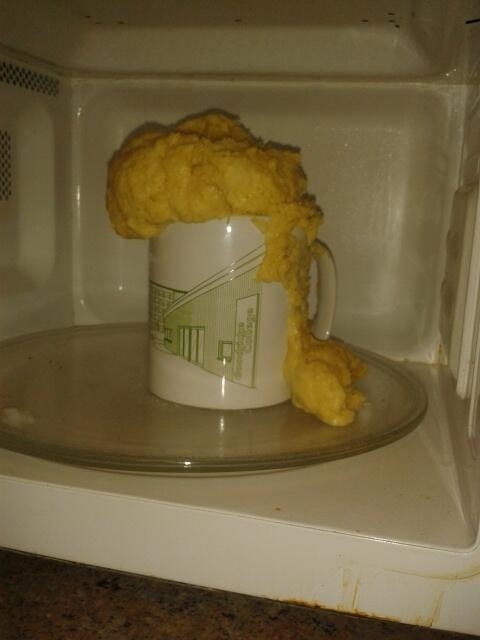 According to Google’s 2016 Food Trends report, the highest ranked search in the ‘bite-sized snack’ category is the mug cake.

But a recent Buzzfeed article claims that they just don’t work. For a variety of reasons …. They explode; they turn into a molten lava of sugary egg; or just into a rubbery blob. And even when they do work they simply taste terrible.

Mug-cake gurus who commented on the article suggest that it is the egg that causes the problems: that one egg is simply too much for such a small cake. Suggestions for alternatives include: apple sauce, mashed banana and just a little extra raising agent.

So if you’ve tried and failed – have another go but this time without the egg.