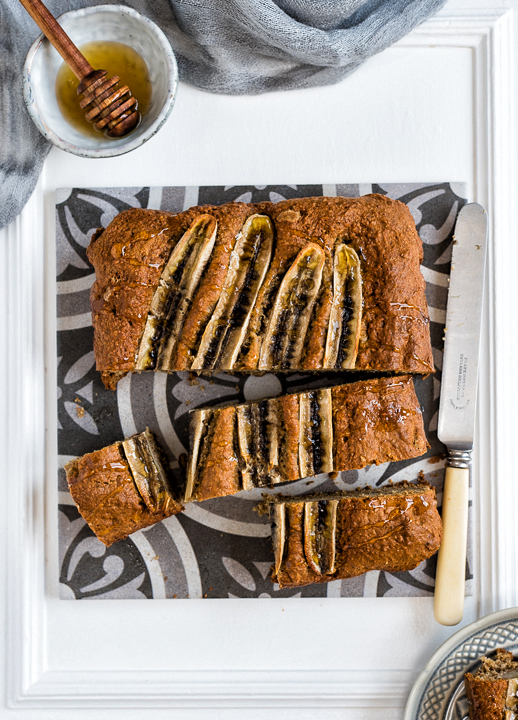 Thursday 23 February 2017 will be #BananaBreadDay

The history of banana bread is unclear. Some say it first became popular during the great depression in 1930s America when thrifty housewives wanted to use up over-ripe bananas. Others attribute its popularity to food companies: in the 1930s baking powder was a new product and to encourage people to use it manufacturers developed recipes, including one for banana bread. It was again popularised in the 1950s by its inclusion in a recipe book by a certain banana company which is still in operation today. But what no one every seems to disagree on is how lovely it tastes

But is it really a bread? In our mind the use of chemical raising agents and the absence of yeast and rising time means it is most definitely a (loaf-shaped) cake.  We have a suspicion that by calling it a bread we are all given permission to eat it for breakfast!

Check out our delicious recipe for Breakfast Banana Bread by FAB-ulous food blogger, SupergoldenBakes. It is made with 50% wholemeal flour and has added chia seeds to boost the fibre intake. So now your really can have your cake and eat it!