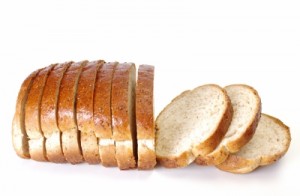 UK bread prices were among the cheapest countries in the world last year, according to data from the  Economist Intelligence Unit (EIU), with the average price of bread in London standing at £1.63 per kilo (not per loaf).

The EIU check bread prices in 124 world cities, inlcuding Tel Aviv, Tokyo, Lisbon, London and Toronto. And London came in at number 72 nestled among countries that are more usually regarded as have lower prices; such as Turkey and China.