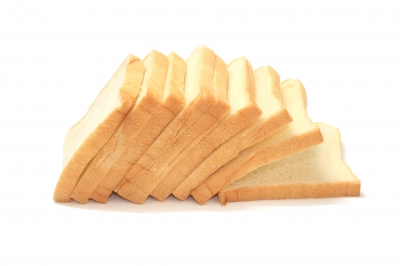 Fortification of all UK produced flour (except wholemeal) became a legal requirement soon after the Second World War. At this time of food shortages the population were missing out on essential nutrients and vitamins. The Government wanted to improve the health of the nation so decided that, by law, flour should include added vitamins and minerals.

Many foodstuffs were considered for fortification, but flour was chosen because, amongst other things, most households ate bread or flour products daily and it was reasonably easy and inexpensive to add.
Despite the lifting of rationing and the availability of food, it is still mandatory to fortify white and brown flour with:

The necessity for this is regularly reviewed, the last review being completed in 2013, where it was decided that, for the health of the nation, mandatory fortification of flour should continue.
Each year the Government compiles a National Diet and Nutrition Survey which looks at the foods people eat and the levels of vitamins and minerals within their diet. These data show that, as a population, the UK are still lacking in, among other things:  iron and calcium. They also show that, for many groups in society (eg young women, who are the group most deficient in iron and calcium) the largest contribution of these minerals comes from eating bread.

Marks and Spencer took a decision to fortify all of its packaged bread with Vitamin D in response to its customers’ concerns that they are not getting enough of it. And they are right to be concerned, recent research has found that 50% of UK adults are, to some degree, deficient in Vitamin D.  It is a difficult vitamin to consume as there are very few natural dietary sources. Most of our Vitamin D comes from the sun. But to protect themselves from sun damage more and more people are using sun blocking creams and wearing hats. Whilst protecting them from the dangers of the sun this also causes them to miss out on the benefits  – Vitamin D.

There evidence in the UK is that, as a nation, we benefit from the mandatory fortification of flour. It provides a significant contribution of vital vitamins and minerals to our diet, which would otherwise be absent.

We should also remember the contribution that bread makes to the diet with naturally occurring vitamins and minerals. It is an important source of fibre, of which we also consume too little, as well as other vitamins, minerals and protein.

Follow this link for more information of the contribution bread makes to the diet.