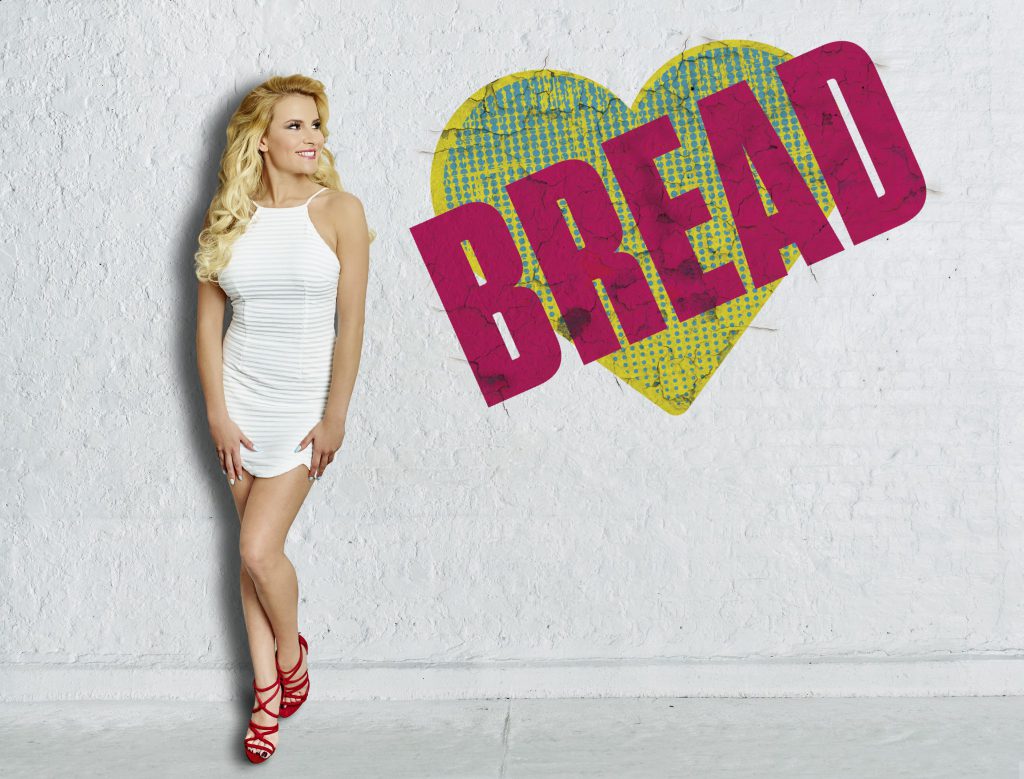 This year the UK Bakers embark on another unusual partnership– this time with reality star, Georgia Kousoulou.

In a stand against traditional bikini season dieting, Georgia has given the everyday loaf a glamorous makeover and re-launched it in time for the summer body countdown. The launch of ‘BREAD’ is part of a campaign by the nation’s bakers to raise awareness of the nutritional role bread can play – targeting girls who follow a reduced or no carb diet.

Georgia intrigued her followers by sending tweets out about a new bikini friendly food, which she described as a “brand new, low fat, everyday healthy food”, and then proceeded to reveal it was in fact, bread!

Georgia took part in a glamorous photo-shoot which showed off her summer body as she relaxed in a holiday inspired setting. But she is not the only one in the camera’s spotlight as she shares it with her co-star – a low fat, low sugar 80 calorie slice of bread (or two).